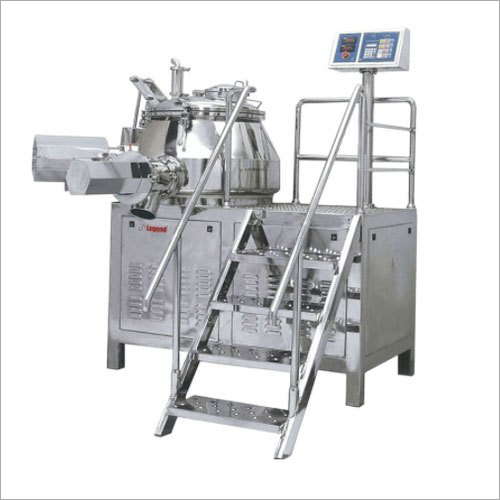 Rapid Mixer Granulator also known as heavy shear mixing unit is a high speed industrial machinery which makes it very easier to mix and make granules of the ingredients used in the pharmaceutical industries. It consists of a series of impeller and chopper that helps to push or grind the materials respectively with the help of an electrical motor. The machine has a large structural frame which is provided with a control panel to easily control the speed of the motor.

The Rapid Mixer Granulator is designed to suit the requirements of Pharmaceutical and Chemical Industry. As the name suggests, this machine performs two operations - mixing and granulating. After mixing of dry powders or granules, subsequent wet granulation occurs producing loose granules, thus avoiding transfer of dry mixture. The mixing is achieved by paddle type impeller blades spinning close to bottom of the mixing bowl. The impeller blades are angled in a way that sets the entire mixture in a whirling -rising - tumbling motion ensuring a quick and even distribution of all dry components which leads to an even wetting of every granule. Dome shaped mixing bowl directs loose particles into whirling motion with help of impeller for efficient mixing.

The large lumps formed during wet mixing are broken up by chopping tool rotating at 1440/2880 RPM. Specially designed chopper blades driven at high speed for fast and uniform granulation throughout the whole mass in mixing bowl. The mix can be discharged with the impeller running through outlet located on the side of the mixing bowl near its bottom.

The mixing tool is easily removed from the drive shaft to facilitate easy cleaning of mixing bowl.

The side discharge assembly is hinged for accessibility for cleaning. 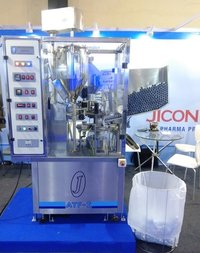 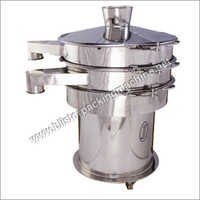 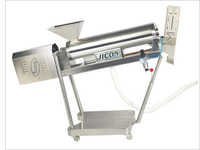 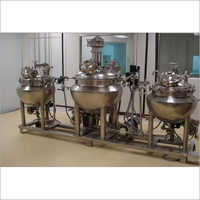 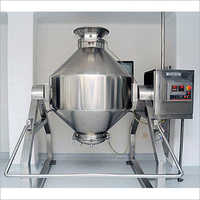 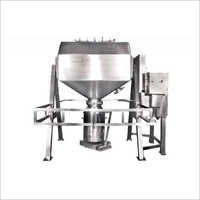